You Can't Buy Love. But You Can Adopt It.

Welcome to the Inland Valley Humane Society Humane Society & S.P.C.A's Adoption Photo Gallery. Just click on a photo to see more details about any animal in the gallery. Because animals are adopted every day the one you may be interested in, may or may not be available when you visit the shelter, so please keep that in mind. This gallery is updated on a daily basis in order to keep it current with new arrivals.

Make a gift to help the homeless animals.

Pets like Sammy need our help to feel better so they can find their forever home! 12 year old Sammy was dumped on the side of the road, unable to walk, see or eat. She was left to suffer for months. Luckily for Sammy, IVHS was there to help. Our veterinarians immediately began to treat Sammy, removing her dirty matted fur. After a month in our care, we were able to find Sammy a family that would provide her with a loving forever home. Every dollar counts!

I want to... License My Pet

In the state of California, every dog that is over the age of 4 months must be vaccinated against rabies and have a current license. The Inland Valley Humane Society & S.P.C.A. monitors the licensing/rabies control program for residents living in the contracted cities. Less than 1% of the animals that are rescued from the streets and temporarily placed into an animal shelter have some form of I.D. on them. License your pet online by choosing your city from the right.

I want to... Report An Animal Concern

How do I potty train my pet?

House training your puppy is about consistency, patience, and positive reinforcement. The goal is to instill good habits and build a loving bond with your pet. 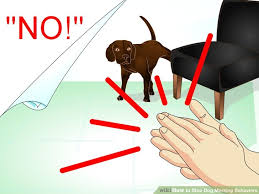 It typically takes 4-6 months for a puppy to be fully house trained, but some puppies may take up to a year. Size can be a predictor. For instance, smaller breeds have smaller bladders and higher metabolisms and require more frequent trips outside. Your puppy’s previous living conditions are another predictor. You may find that you need to help your puppy break old habits in order to establish more desirable ones.

And while you’re training, don’t worry if there are setbacks. As long as you continue a management program that includes taking puppy out at the first sign he needs to go and offering him rewards, he’ll learn.

Experts recommend that you begin house training your puppy when he is between 12 weeks and 16 weeks old. At that point, he has enough control of his bladder and bowel movements to learn to hold it.

If your puppy is older than 12 weeks when you bring him home and he’s been eliminating in a cage (and possibly eating his waste), house training may take longer. You will have to reshape the dog’s behavior — with encouragement and reward.

Steps for Housetraining Your Puppy
more

Experts recommend confining the puppy to a defined space, whether that means in a crate, in a room, or on a leash. As your puppy learns that he needs to go outside to do his business, you can gradually give him more freedom to roam about the house.

When you start to house train, follow these steps:

Marking - Understanding It, Stopping It
more

Dogs gather essential social information using their sense of smell, whether smelling other dogs directly or sniffing their urine and feces. That’s why dogs urinate much more than required to simply empty their bladder. Marking serves as a way to claim territory, advertise mating availability and to support the social order. Dogs like hierarchy; it’s what they understand. They communicate age, gender and status within their packs via the pheromones in urine. Both male and female animals can engage in marking behavior. A dog uses urine marking to help make a new environment smell like home, masking the unfamiliar odors with his own scent.

Humans also engage in marking behavior, though it usually takes such forms as moving in a favorite chair and hanging pictures on the wall. In addition, marking functions as an efficient way to protect a dog’s perceived space than physically challenging each interloper who approaches that space.

Animals also mark to advertise their sexual availability, which is one reason why it helps to neuter and spay dogs. The earlier, the better, since early neutering can keep young dogs from ever developing the impulse to mark.

Urinating in the house and other inappropriate areas can also be a sign of urinary tract disease, so take your dog to the vet before ruling out this possibility.

Urinating in the house can also stem from lack of housetraining or lack of an appropriate place to urinate, or having to hold it longer than the dog can physically wait. Consider having someone visit your dog for a mid-day walk if you work long hours.

A. To understand the variations that may occur in marking behavior, we first need to understand territorial behavior itself. Recall that establishing and protecting the territory serves as the primary animal priority. The wild dog pack’s territorial nature leads its members to claim an area large enough to support them and any offspring, but not one so large that it requires excessive energy to adequately defend it. Within that space, the animals also protect certain prime locations – such as choice feeding sites and dens – more diligently than areas at the periphery.

However, because the ultimate goal remains to find food and water and reproduce, it makes sense to leave a token marker – such as scent-laden urine that communicates the resident’s willingness to protect this space if necessary – rather than actually physically challenging every suspicious interloper who approaches that space. Moreover, because marking itself requires energy, it also makes sense only to mark as much as is necessary to get the job done.

Because animals communicate their sex and status in the pheromones in their urine, that typically means that the most vigorous animals in the pack do most of the marking because they pose the most threat to any interloper. (Imagine seeing a warning posted by the local police versus one posted by the third grade garden club: Which one would you take more seriously?) Thus, marking serves as a marvelously efficient way to avoid confrontations.

While a certain energy-efficient elegance underlies territorial theory when applied to a pack of wild animals, an individual pet’s personality, the quality of its environment, and its relationship with its owner may throw numerous curves into the process. Pet dogs living in complex human environments may find themselves trying to reach some sort of a workable compromise between the ancient drive to establish and protect a territory, and their own temperaments and any physical or other limitations that would make doing this a threatening endeavor.

Under these circumstances, pets typically mark either that space they feel comfortable protecting or that which carries such a positive charge they’d risk injury or even death to protect it. In general, the less confident the dog and the more complex the environment, the more likely marking will occur, the more frequently it will occur, and the more it will involve intimate objects.

For example, Josie, a well-trained, stable dog who lives on a quiet, dead-end street feels no need to make any territorial statements beyond the messages communicated in her daily eliminations. Sandy, who lacks Josie’s confidence plus lives in a busy suburb, lifts his leg on prominent fence posts and trees around the perimeter of his owner’s yard in an effort to scare off invaders. More timid Bumpus marks by the front and back doors, his way of saying he only claims (and thus only feels obligated to protect) what’s inside the house. Tuffy marks the upstairs hallway, effectively announcing his desire to protect all of his beloved owners’ sleeping quarters. Little Sugar only marks her owner’s belongings, and all of these except the bed. Her litter mate, Spice, only marks her owner’s bed.

Additionally some pets will mark any new objects added to their territories, thereby claiming them and thus ruling out the need for a confrontation. Again, more confident animals may pee on the tires of the visitor’s vehicle, whereas those who feel more vulnerable may pee on the visitor’s belongings, or even the visitor himself.

In the majority of these cases, though, the marking exists because, due to a lack of training and other human displays that communicate leadership, owners have deliberately or unwittingly thrust this protective role upon their pets. Unfortunately, owners who don’t understand what the animal communicates via the display – i.e., its fear and willingness to fight to protect this sacred space – often view the pet as spiteful, mean, or stupid for ruining their belongings. While attributing such negative emotions to perfectly logical canine behaviors always ranks as a tragedy, it’s particularly sad in the case of very young, timid, or geriatric animals who believe they must protect their owners from the meter reader, school bus, and letter carrier day after day and endure the owner’s wrath, too. (The dog does not understand it, and the owner’s anger adds to the dog’s confusion.)

On the other hand, once caring owners understand what causes the behavior, they can relieve their pets of the territorial stresses that cause the problem.